Explore the best in virtual reality entertainment with the

for gaming and watching movies!

Over the past couple of years, virtual reality has proven itself to be a mainstream form of entertainment. However, knowledge for finding the

for gaming and movies is still limited and people often don’t know which factors to consider when buying them.

The biggest VR headsets on the market right now belong to Oculus, HTC Vive, and PlayStation. But which is the

that’s perfect for your needs? Which VR headset is available at a reasonable price?

In this article, we’ll give you an overview to help you find the 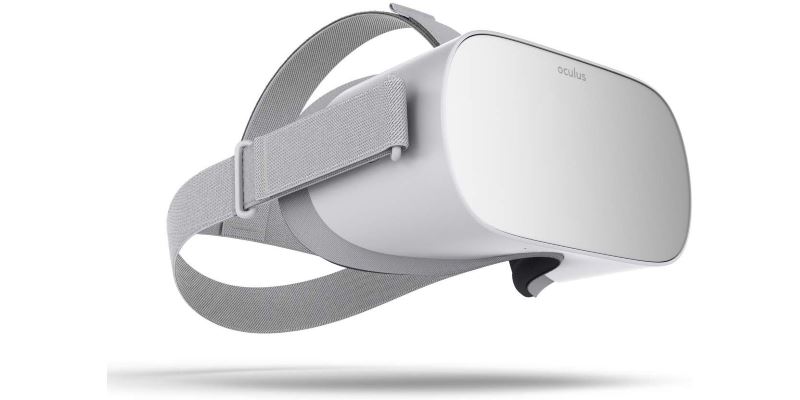 Oculus Go Standalone is the best VR headset on the market because it is a completely standalone device that doesn’t require either smartphones or PCs to run. This VR headset provides extremely sharp visuals with stunning 3D graphics. You can also engage the ‘Viewing with Friends’ feature to meet other friends in the VR landscape and enjoy it together.

This VR headset is available with a 32GB or 64GB internal memory. And it has a content library of 1,000 apps, games, and other media selections. Furthermore, it is also compatible with Samsung Gear VR content so you can easily download additional apps and media as well. This VR headset is also built with spatial audio drivers that can provide an immersive sound experience.

This isn’t the best VR headset on the market and has some design flaws. The headset is quite heavy on the face so you can’t wear it comfortably for long periods of time. Furthermore, light can leak from the bottom part of your headset, which can be distracting. It also has a poor battery life of only 2 hours and takes a lot more time to charge.

However, even with all of its flaws, if you’re looking for a great VR headset for movies at an affordable price, this is the one for you. 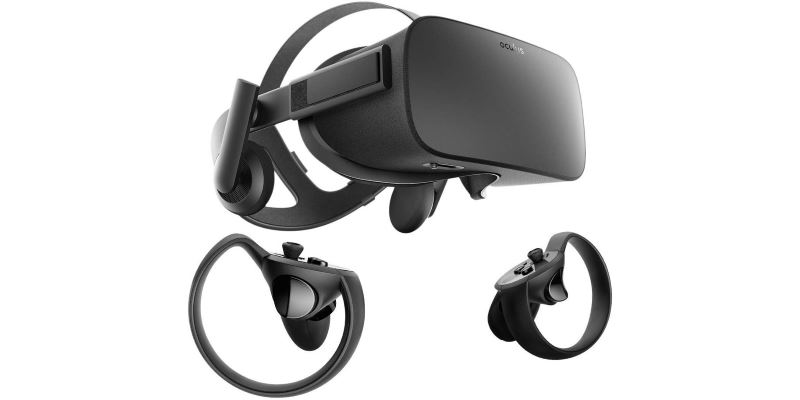 Oculus Rift is the device that pioneered VR headsets and made them mainstream. It needs to be connected to your computer’s HDMI or DVI port in order to track your movements and project 3D visuals. This VR headset has an impressive 2160 x 1200 resolution with 233 million pixels per second and a refresh rate of 90Hz. As such, the visuals are extremely sharp and there’s minimal lagging experienced.

The Oculus Rift should be used with the associated Oculus Touch controllers. These controllers can easily conform to our hand movements and even recognize finger locations and gestures, such as a thumbs-up sign. Furthermore, Oculus Rift also has the greatest offerings of video games such as Lone Echo. In terms of room-scale tracking, it’s not as strong as the HTC Vive, but it’s still pretty accurate and can be made even better with an additional room sensor.

All things considered, Oculus Rift was the first VR headset to go mainstream, and it has maintained its value. It is now also quite reasonable and has a wide range of video game selections. The only issue is that it needs to be used in conjunction with another gaming console or PC and doesn’t have an inbuilt memory with content library. 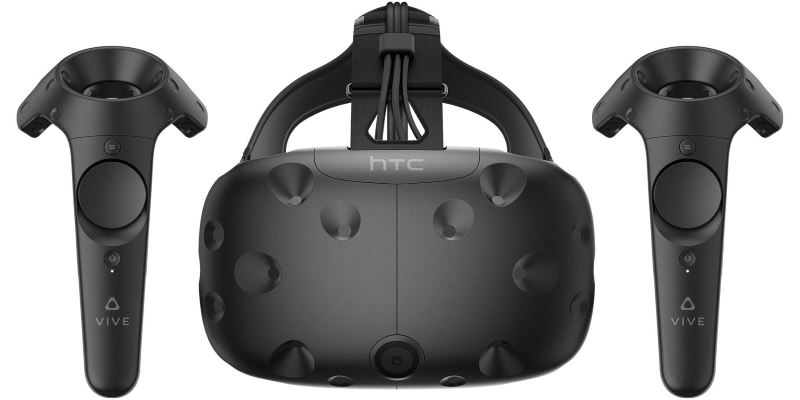 HTC VIVE is currently one of the most advanced VR headsets on the market at a relatively reasonable price. Yes, there are more advanced versions available, such as the HTC VIVE Pro. However, if you’re looking for the most advanced features without draining your savings, then this is the perfect one for you.

HTC VIVE has been specifically designed for room-scale virtual experiences and it comes with an incredible library of games. The OLED displays have a combined resolution of 2,160 x 1,200 along with a 90Hz refresh rate. As such, it’s incredibly sharp and fast. It also includes a 720p camera that’s perfect for obstacle detection and tracking. Furthermore, you don’t need to buy separate accessories because the VR headset is equipped with motion controllers, earbuds, and lighthouse trackers, making it all-inclusive. The motion controllers are incredibly powerful, and you just need a few buttons and a touchpad to navigate perfectly.

The two bundled sensors ensure that the tracked space has an impressive size, ranging from 5 x 6.5 feet to 16 x 16 feet. This allows you to immerse yourself in the surrounding, walk around, and even crouch and turn to see the visuals from different angles. Many of the other VR headsets that tried to achieve this level of immersion also ended up causing motion sickness. But HTC VIVE has resolved that issue so there’s no motion sickness. 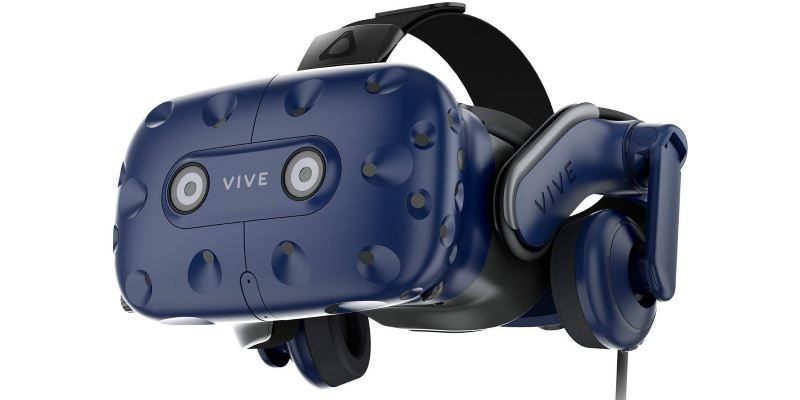 HTC VIVE Pro is the newest and most advanced VR headset on the market. In terms of resolution, it packs 2880 x 1600 pixels while also increasing the dots per inch by 78%, making it a whole lot sharper than all the other VR headsets on the market. The enhanced pixels also allow you to experience shadows and depth perception a lot better than older models.

One of the peskiest issues with most VR headsets is that light sometimes escapes from the bottom. However, the HTC VIVE Pro is reinforced with a nose guard that can block the light from escaping, preventing any distortions from the virtual experience. This VR headset also includes inbuilt headphones that can provide an immersive audio experience.

The biggest issue with the VIVE Pro is that it’s extremely expensive, and some believe the added specs aren’t worth the high cost. The worst part, however, is that there are no additional necessary accessories. As such, you’ll have to spend additional money on essentials like motion controllers and sensors. Furthermore, the only way that this VR headset can be worth it is if you keep all your firmware updated all the time. And even then, you might experience certain performance issues because of the amount of power this VR headset demands.

All these things considered, HTC VIVE Pro is perfect for virtual reality gaming aficionados. However, it’s way too expensive and troublesome for most casual users. 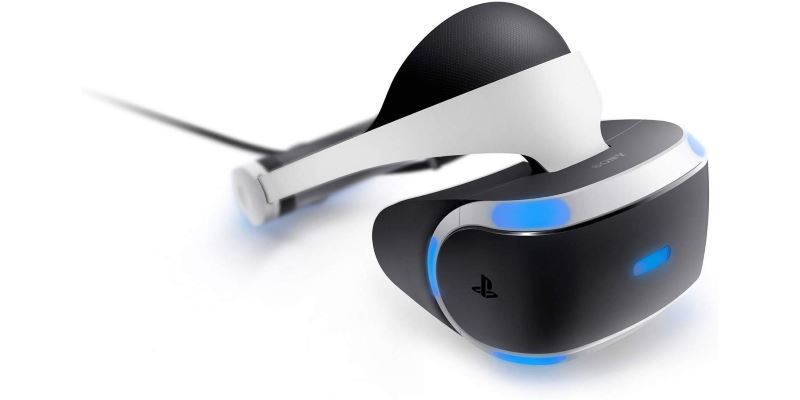 PlayStation VR is the best console VR headset on the market. If you already own the PS4 Pro and you want to play games such as Moss, then PlayStation VR is the only way to go. Even though it’s cheaper than most other VR headsets on the market, it has an incredibly powerful OLED screen with a 1080p resolution that runs on 120 frames per second. Furthermore, it also has 3D audio technology that allows you to experience sounds from above, below, and all around you, making it truly immersive.

The areas in which PlayStation VR falls behind the others is in terms of controllers. It has a pretty decent camera tracking system, but its motion controllers aren’t specific enough. Furthermore, it also suffers from the screen door issue.

All things considered, PlayStation VR is one of the most powerful console gaming VR headsets on the market. However, a few updates are necessary to clear out some of the performance chinks. 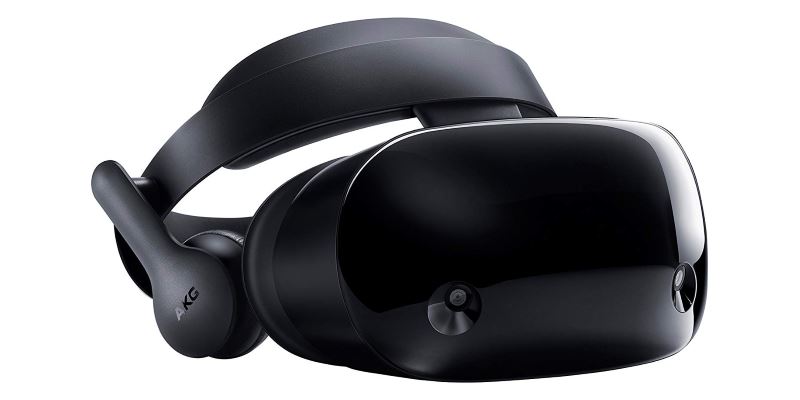 Samsung Odyssey is Microsoft’s answer to virtual reality. This is a mixed reality platform that aims to bring the virtual reality experience to people with a lower income range as well. This VR headset comes with integrated AKG headphones, 2 AMOLED displays of 1400 x 1600 resolution, and an extremely wide 110-degree field of view.

The best aspect of the Samsung Odyssey is that it’s incredibly easy to install and set up. Due to the impressive inside-out tracking system, you don’t even need additional external sensors to make the headset visible. Furthermore, the headset also has internal cameras that can handle all the obstacle tracking, including the Windows Mixed Reality controllers.

However, both Samsung Odyssey and Microsoft Mixed Reality are fairly new to the virtual reality game and thus riddled with glitches and growing pains. This is evident because of their limited offering of virtual experiences. It simply cannot compete with the thousands of virtual experience offerings available in the Oculus, VIVE or PlayStation VR headsets. 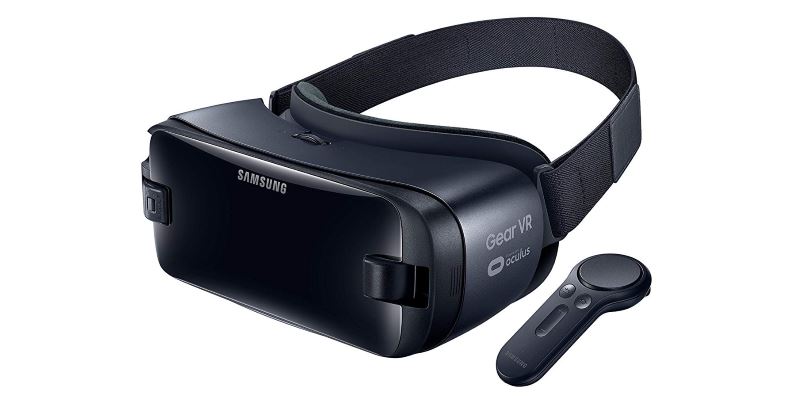 Samsung Gear VR is one of the cheapest VR headsets on the market. However, it can only work with Samsung phones. It has a USB-C connector with which you can hook it to your Samsung device. Compatible devices include Galaxy S8, Galaxy S8 Plus, Galaxy S9, and Galaxy S9 Plus.

Despite being so cheap, this VR headset comes equipped with its own motion controller as well.  The motion controller is similar to the one in HTC VIVE because it has an inbuilt touchpad and trigger button. The seamlessness of the experience depends on the strength of the phone, so it works best with the most advanced Samsung Galaxy phones. It also includes a Social feature so that others can enter your virtual world and interact with you.