Do you get annoyed with WiFi dead zones at long range? If so, get rid of them with one of the

Wireless internet connection at long range is one of the most crucial parts of our lives now. At any given moment we have so many different devices connected to our wireless network and in need of high bandwidth that it’s important to select a wireless router intelligently.

In this article, we’ll give you a detailed overview of the

for long range for uninterrupted connection. 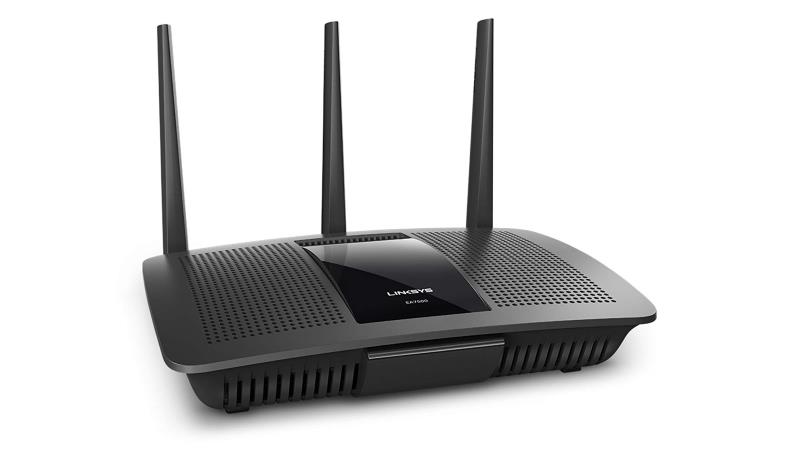 Linksys Max-Stream AC1900 is the ideal wireless router if you have various devices scattered across the house and you want all of them to be connected to the same network. This is a dual-band wireless router that allows you to connect up to 12 devices simultaneously. In terms of input ports, it is equipped with USB 3.0 and USB 2.0 ports, along with the extremely advanced and high-speed gigabit Ethernet port.

You can use the 2.4GHz band or the 5GHz band — the former delivers speeds of up to 600 Mbps whereas the latter delivers an incredible speed of 1300 Mbps. As such, even if all 12 of your devices are connected to the same wireless router, they’ll all receive high-speed connections.

In addition to the powerful range and speed, this wireless router is also pretty compact in size, weighing only 2 pounds. You should keep it in a central location so every part of your house — and, by extension, all your devices — are equidistant from it. 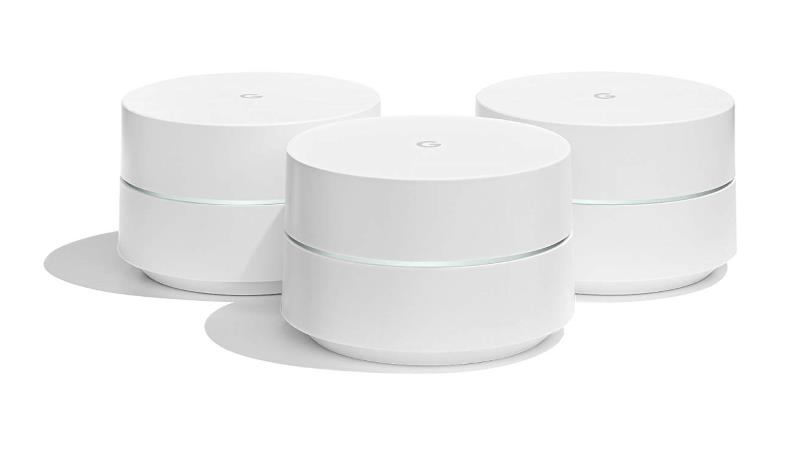 Google WiFi NLS-1304-25 is quite possibly one of the most interesting wireless routers on the market. In fact, it can hardly even be called a wireless router — rather, it is a WiFi system comprising three separate but connected wireless routers.

Each of these wireless routers is capable of covering up to 1,500 sq. ft, so all three can provide a combined coverage of 4,500 sq. ft. You’re supposed to position them at three different points in your home so that their signals can provide perfect uninterrupted coverage for your entire apartment. This solution is perfect if you live in a multi-story apartment or a large estate. As such, you can position the separate wireless routers in each floor or in different points in the estate, making sure all of it is covered.

This is a dual-band wireless router system — one band has a frequency of 2.4GHz and the other has 5GHz. In terms of speed, this wireless router is slightly lacking as the 2.4GHz band only provides 70 Mbps to 100 Mbps of speed, which is considerably less compared to Linksys Max-Stream AC1900.

The system also comes equipped with two Gigabit Ethernet ports. The entire WiFi system can also be controlled via Alexa and Google Home voice commands, making them suitable for a smart home setup. Furthermore, this WiFi system also comes with a smartphone app that gives you important statistics about their performance and helps you schedule connections.

Most wireless routers are pretty ugly to look at and have to be stowed away from public sight. However, Google WiFi NLS-1304-25 is pretty sleek and stylish. Each of the routers is available in the form of a white 4.1” x 2.7” sphere. The LED light is also pretty unobtrusive. 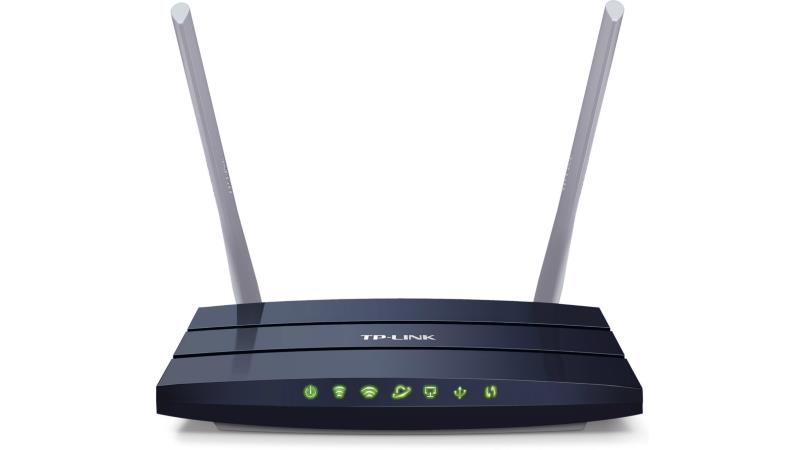 TP-Link AC1200 is one of the cheapest wireless routers on the market, available for less than $50. However, it is far superior to other wireless routers in a similar price range, especially because of its Signal Sustain Technology (SST) which can amplify the WiFi signals across various devices.

This is a dual-band format wireless router. The 2.4GHz band can provide speeds up to 300 Mbps and the 5GHz band can provide speeds of up to 867 Mbps. It is also equipped with 802.11ac Wi-Fi technology which can ensure that it will be sustainable for future use. However, due to the lower speed, this wireless router shouldn’t be used by too many devices simultaneously. Furthermore, it’s not suitable for high-end gaming either. But if you just need an affordable wireless router for a small apartment and a few devices, then this is perfect for you.

ASUS RT-AC88U is one of the more premium-priced wireless routers on the market, meant largely for powering high-end online gaming sessions. This wireless router even has the futuristic and dramatic look generally favored by gaming laptops — all black with red accents.

Configuring this wireless router is also extremely easy. You simply have to connect it to the PC and the web interface takes care of everything. The only slight drawback here is that the USB 3.0 port is awkwardly placed and difficult to reach.

All things considered, this is undoubtedly one of the most powerful gaming wireless routers on the market. However, it’s also extremely expensive so choose wisely. 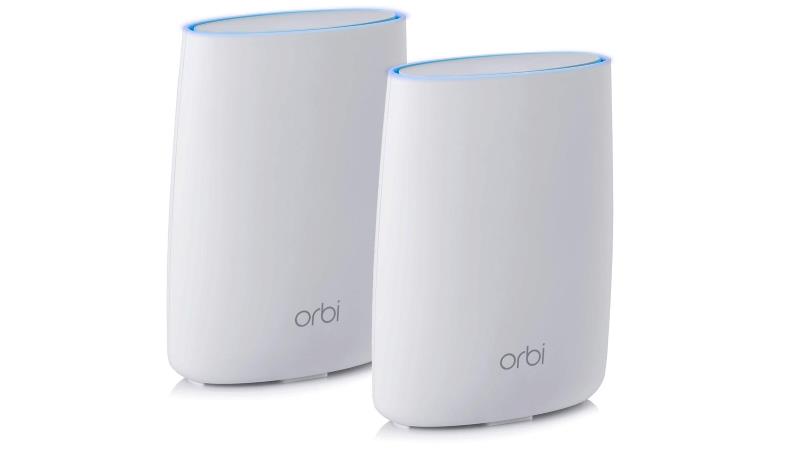 NETGEAR Orbi RBK50 is yet another high-end wireless router with an incredible range and network strength. This wireless router comes with two devices — a wireless router you can connect to your internet modem and a satellite device that you can place somewhere else to extend the signals. As such, this is essentially a wireless router and a WiFi extender rolled into one, which probably accounts for the heightened price.

Of course, NETGEAR isn’t the first wireless router to try this mesh networking system. However whereas several other similar wireless routers suffer from latency issues and interruptions, this wireless router can get past those issues with a tri-band system that can extend the signal and maintain the performance. It has a total range of around 4,000 sq. ft, which is almost as high as the aforementioned Google WiFi NLS-1304-25.

The two bands — 2.4GHz and 5GHz — together provide speeds up to 3 Gbps. You can also extend the signals by yet another 2000 sq. ft by using an extra NETGEAR satellite device worth $249. If you have a really large and demanding household, NETGEAR Orbi RBK50 is a great option. 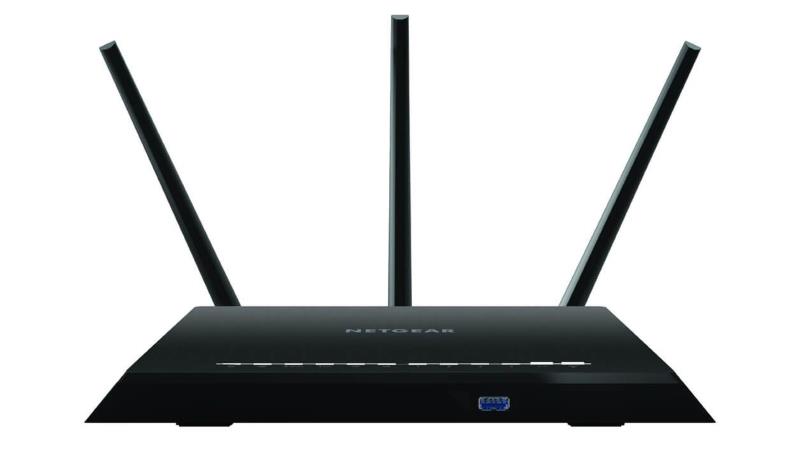 One of this router’s best features is the Dynamic QoS which allows you to prioritize the bandwidth according to the application and device. As such, you can choose to divert more of your bandwidth towards your gaming devices. This feature allows you to accurately use bandwidth and strengthen your gaming experience.

One of the biggest issues with this wireless router is that it’s quite bulky and unsightly. As such, you might have to find someplace to store it away from sight. But that’s a minor issue and this is a pretty decent mid-range wireless router overall. 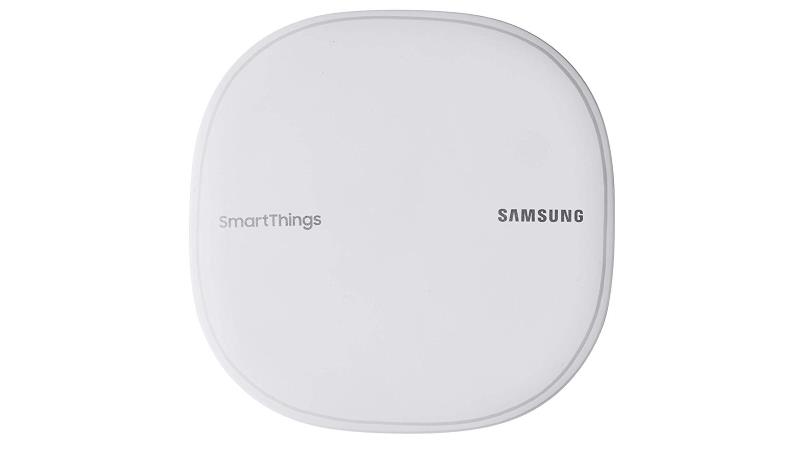 Samsung SmartThings is one of the ideal wireless routers for you if you want to transform your entire house into a smart home where every device can be controlled via your smartphone controls. Most wireless routers can provide star-like signals, i.e., each device is individually connected to the wireless router so they all need to be within its range to properly function.

However, Samsung SmartThings is a wireless router and hub put together. As such, a single one of these wireless routers has a range of 1500 sq. ft, but you can also add up to two more devices on the same network and extend that range to 4500 sq. ft. As such, you’ll be able to place the three wireless routers in different spots around the house so signals may bounce around them and effectively connect your entire home.

This system works on the same principle as the aforementioned Google WiFi NLS-1304-25. However, unlike Google, this wireless router comes as a single device and you have to buy the other devices separately, which can make it seriously expensive. Once you’ve connected the three wireless routers, it is capable of controlling over 200 SmartThings-affiliated devices simultaneously.

This wireless router also comes with the Samsung SmartThings app. As such, you can load up all your wireless devices to the app and then control them remotely.

—-
Now that you’re all sorted with the best wireless router, be sure to check out our best WiFi extender best gaming mouse, best gaming headset and best gaming chair guides!