Keep yourself looking fresh and taut with these best men’s anti wrinkle creams under $50.

No one likes getting old, but no one can stop the progression of time either.

However, while you can’t keep yourself from getting old, you can keep yourself from looking old. You can prevent — or at least minimize — the appearance of wrinkles and other facial scars. You can also keep your face taut and elastic to prevent it from sagging.

If you are successful in preventing wrinkles and sagging, you can effectively look younger for a lot longer than you think.

That’s where anti wrinkle creams for men come into the picture.

These are facial creams imbued with specific properties and ingredients that can invigorate and hydrate your skin and increase your collagen levels. In doing so, they can minimize the appearance of wrinkles and also keep you taut and fresh.

To help you filter the good from the bad — and make an informed purchase decision — we’ve compiled this article. Read on for a detailed overview of the best men’s anti wrinkle creams under $50 on the market.

Brickell Men’s Revitalizing Anti-Aging Cream is one of the best anti wrinkle creams for men on the market. It has been created almost exclusively with natural ingredients and there are no side effects for people.

Some of the main ingredients in this anti wrinkle cream are Hyaluronic Acid, DMAE, MSM, and green tea. The most important ingredient, however, is green tea extract, which is an excellent antioxidant and can protect the skin against harmful UV rays. Green tea extract can essentially retain moisture and prevent the sun from stripping your skin of essential nutrients, which, in turn, helps it remain young longer.

This anti wrinkle cream can effectively slow down the aging process, but it can also minimize the appearance of wrinkles. As such, if you are starting to develop wrinkles, you can use this cream to make the lines dissipate.

This anti wrinkle cream is suitable for all skin types. But it’s particularly suitable for dry or sensitive skin. It should be ideally be used about twice a day after having cleaned your face with a face wash. You should also note that a little goes a long way, so use only a dime-sized amount of cream and spread it around properly. It’s non-comedogenic so it easily gets absorbed into the skin without clogging the pores.

All things considered, Brickell Men’s Revitalizing Anti-Aging Cream is one of the best anti wrinkle creams for all men, especially those with dry or sensitive skin. 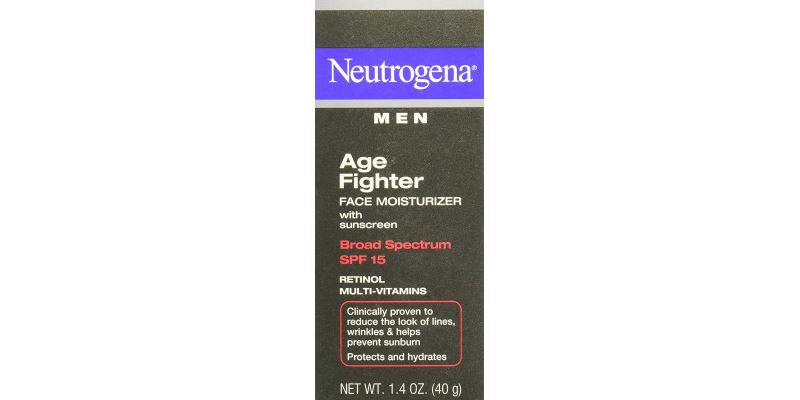 Neutrogena Age Fighter is a vegan cream that can enhance skin health and minimize lines and wrinkles. It doesn’t have any paraben, sulfates, dyes, oils, or synthetic fragrances. It’s completely neutral and scent-free. As such, if you want a cheap anti wrinkle cream that doesn’t leave behind any residue or scent, this is ideal.

Since this cream is completely oil-free, it’s ideal for people with oily acne-prone skin. In terms of texture, it’s quite thick and dense, almost like a sunscreen. As such, you should only use a small amount and spread it around your face and let it soak in. It’s non-comedogenic so it won’t leave a residue.

This anti wrinkle cream contains retinol, which is a compound containing Vitamin A in its purest form. It protects your skin from harsh UV rays and sun, reducing the appearance of wrinkles and fine lines. Additionally, this anti wrinkle cream also contains glycerin and dimethicone, both of which are moisturizers that can increase your skin’s ability to retain moisture and nutrients. As such, they enhance your skin’s elasticity and prevent it from sagging.

All things considered, Neutrogena Age Fighter is one of the best anti wrinkle creams for men with oily, acne-prone, or sensitive skins. It has been designed so as to be completely neutral in appearance, texture, and scent so it doesn’t clash with your cologne or leave a residue behind. Finally, it’s one of the cheapest anti wrinkle creams available, and it can be purchased by anyone. 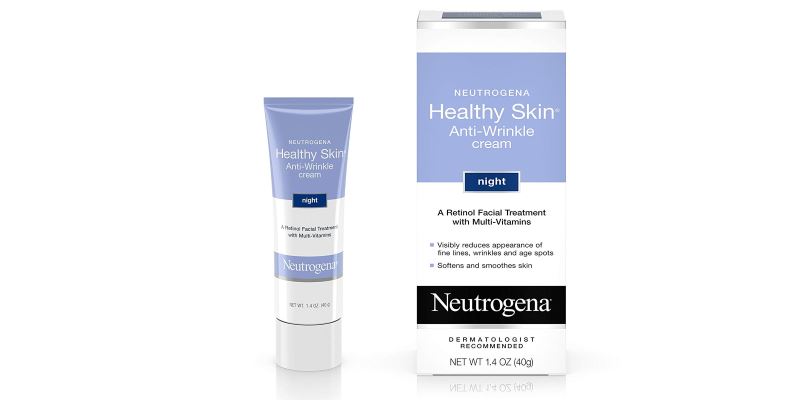 Neutrogena Healthy is an anti wrinkle cream that’s been formulated and perfected by reputable dermatologists. As such, it’s medically-approved and you can trust it completely. It should primarily be used at night time, preferably just before going to bed and after washing your face with warm water. It has numerous advantages and benefits, especially for aging skin.

This anti wrinkle cream contains retinol, which helps prevent wrinkles from occurring and also minimizes their appearance after they do. It can also provide cleansing and remove dirt and oil particles from the skin. It also has nutrients and vitamins — such as Pro-Vitamin B5 and Vitamin E – that can prevent UV rays from stripping the skin of its essential oils.

As a hypo-allergenic cream, it can be used by anyone without fear of allergic reactions. The alpha-hydroxy acid content is also useful in fighting back signs of aging and wrinkles.

You shouldn’t use this anti wrinkle cream together with any other moisturizers. It’s an oil-free formula so you can use it even if you have acne-prone skin.

All things considered, Neutrogena Healthy is one of the best medical anti wrinkle creams on the market. It’s non-comedogenic, hypoallergenic, and has no oils, making it perfect for most people. 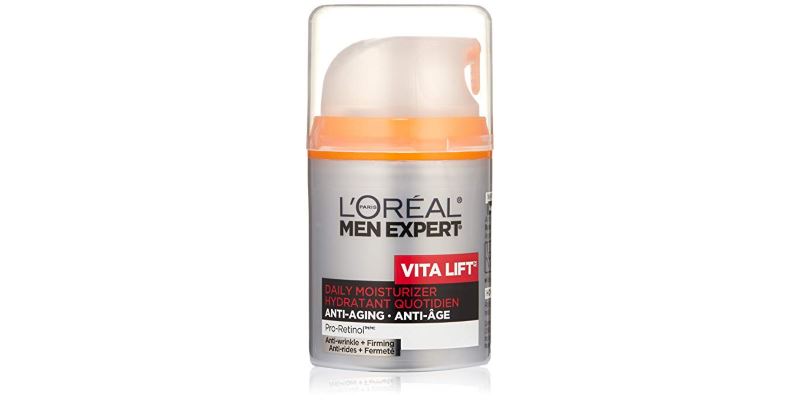 L’Oréal Paris VitaLift allows you to drastically reduce the appearance of wrinkles and aging lines even if you use it just once a day. Additionally, it can also help with the roughness of skin, sagging, and dryness. As such, it provides a holistic approach to rejuvenating your face and keeping it fresh.

The primary ingredient in this anti wrinkle cream is Vitamin A, which is rich in antioxidants and can protect your skin from UV rays and direct sunlight. It basically doubles as an SPF 15 sunscreen and serves as a protective layer over your skin that can trap moisture and prevent UV rays from stripping your skin of essential nutrients. It also reinvigorates your skin with Retinol, which allows your skin to retain its youthful look and remain taut.

This anti wrinkle cream also has an “Active Defense System” that protects and soothes your skin. If you have sensitive skin, you can use this cream to soothe redness, inflammation, or razor burns. 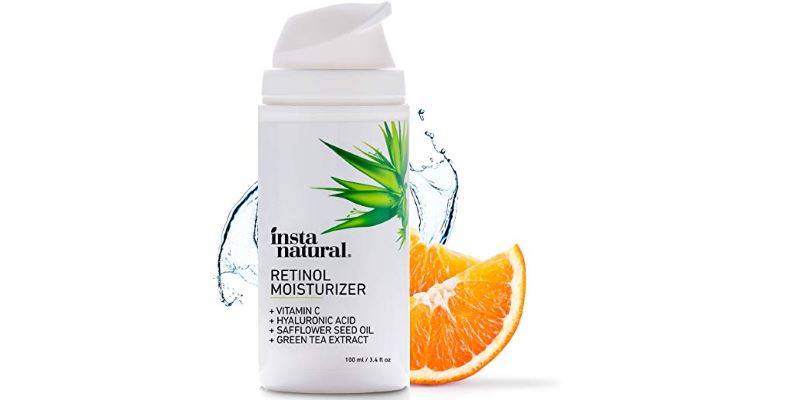 InstaNatural Retinol Moisturizer is vegan, natural, and organic anti wrinkle cream for men. It is soft in texture and has the ability to repair the damage. This is especially suitable for those with sensitive skin since it doesn’t have any synthetic fragrances, irritants, or dyes.

In addition to hibiscus and geranium extract, the other important ingredients are aloe leaf juice, safflower seed oil, rosemary leaf extract, and shea butter. These ingredients can heal wounds, retain moisture, and provide protection from the sun.

Brickell Men’s Restoring Eye Cream is an anti wrinkle cream for men formulated specifically for use around the eyes. People usually get really self-conscious about the crow’s feet around their eyes as they age. As such, it’s necessary to hydrate and work on the skin around your eyes as well.

However, you can’t use most anti wrinkle creams on your eyes because the skin in that area is extremely sensitive and thin. Furthermore, the skin around your eyes is used a lot more than the skin anywhere else in your body as you have to tug at them repeatedly.

That’s why you need a special anti wrinkle cream for eyes — and that’s exactly what Brickell Men’s Restoring Eye Cream is.

This anti wrinkle cream for your eyes can reduce wrinkles, puffiness, and even dark circles. It is made of Matrixyl 3000, which is a combination of protein peptides and collagen, the latter of which helps keep skin taut. Additionally, Brickell Men’s Restoring Eye Cream also has Vitamin C, green tea, and methylsulfonylmethane (MSM), all of which are ingredients that can minimize signs of aging.